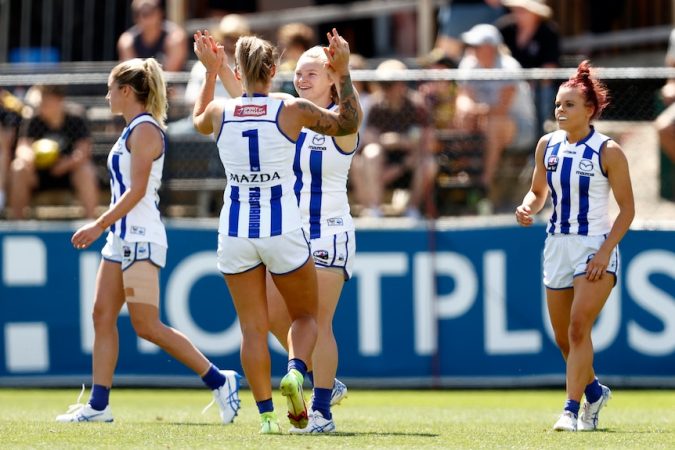 The Dockers take down the Blues in the west, while the Demons and Kangaroos enjoy their respective victories over the Giants and Kangaroos.

The Kangaroos responded to every challenge from their plucky opponents, who stayed in Saturday’s contest throughout the first half despite missing a host of key players through injury.

Garner finished with 26 disposals, five tackles and a goal in her side’s 5.7 (37) to 2.6 (18) triumph at Punt Road Oval, playing a key role as the visitors broke the game open late in the third quarter.

The 27-year-old also had nine inside-50s and six marks, while Ashleigh Riddell (29 disposals) and Emma Kearney (21) were also outstanding.

The comfortable win continued North Melbourne’s climb up the ladder as they chase their first AFLW premiership this season.

The Tigers are headed in the opposite direction, having lost five straight games since their victory over lowly St Kilda in the season opener.