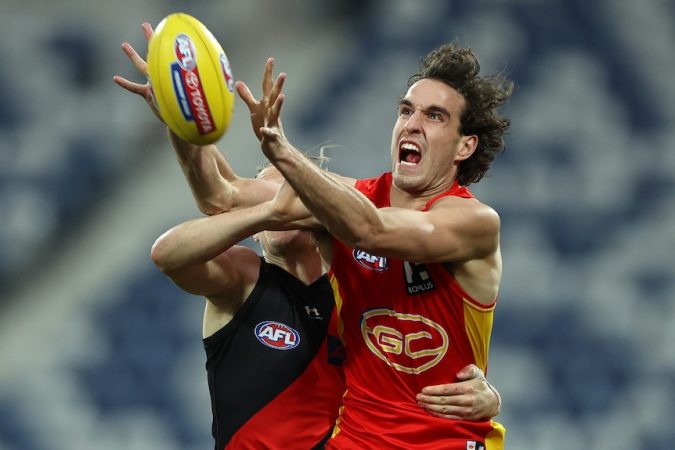 In a major blow to the Suns’ quest to make the AFL finals for the first time, the gun forward will soon be sent for surgery on his right knee.

King, the linchpin of Gold Coast’s forward line, was hurt in a marking contest at training on Thursday.

“Unfortunately Ben has ruptured his ACL in his right knee in a pretty simple marking contest that he’d been in many times before,” Gold Coast’s football manager Wanye Campbell said in a statement on Friday.

“Whenever someone goes down with an ACL, it’s shattering for a start.

“He’s got a really strong family and we’ve got some really good support around him from the footy club.

“It’s not ideal by any stretch but we know Ben’s strength of character will see him attack the challenge in a positive manner.”

King, the number six pick at the 2018 national draft, has emerged as one of the competition’s premier forwards in his 53 games for the Suns.

He is also out of contract at the end of the season, with interest likely to come from clubs in his native Victoria.