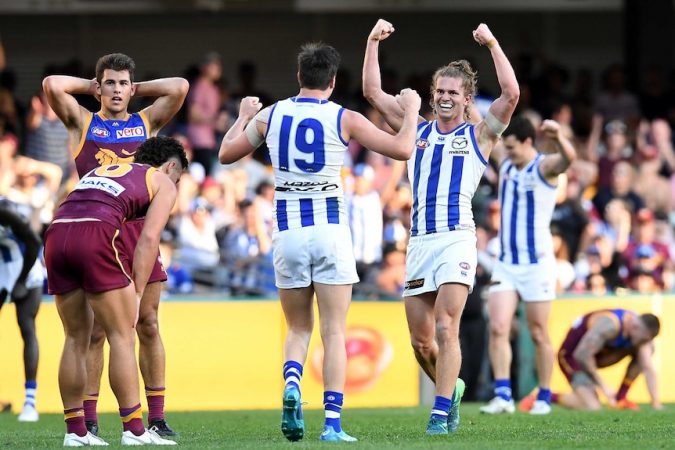 North Melbourne midfielder Jed Anderson has ended his COVID-19-related stand-off and returned to his AFL club.

Anderson had baulked at getting his second jab after an adverse reaction to his initial vaccination.

But the 85-gamer has now returned to Victoria and is back in training with the Kangaroos.

“Jed Anderson has joined his teammates at training on Wednesday after complying with the AFL’s COVID-19 health and safety protocols,” North Melbourne said in a statement.

The AFL has ruled that all players, coaches and staffers must be double-vaccinated.

Darling has been training away from the Eagles after failing to meet a January 21 league deadline to receive a first vaccine dose.

The AFL has set a February 18 deadline for all players in Western Australia, South Australia and Queensland to receive their second vaccination.

Meanwhile, the Eagles have said they’re offering support to Darling but the club’s chief executive, Trevor Nisbett, said on Tuesday that the 29-year-old’s situation remained unclear.

“It’s a private and sensitive situation and there’s nothing I can comment on beyond what the club has already stated publicly. We will share any updates when we can,” Nisbett said in a statement.

Darling was understood to have applied to the AFL for a medical exemption from being vaccinated. That request was refused.

Carlton’s Liam Jones and Brisbane’s Cam Ellis-Yolmen have retired from the AFL after opting against having the COVID-19 vaccine.