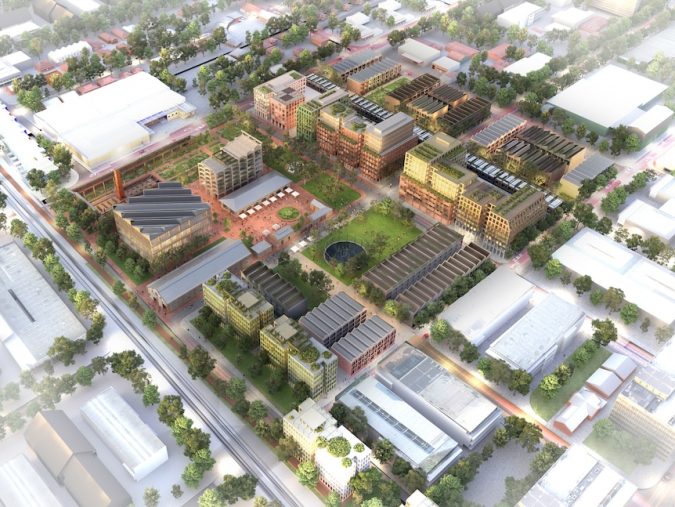 The Adelaide Crows have lost out to a Melbourne property developer in their bid to build new headquarters at the old Brompton Gasworks site in Adelaide’s inner-west.

The South Australian government announced today that MAB Corporation was its preferred proponent to redevelop the 5.8-hectare site about 3 kilometres from the CBD.

MAB’s plan includes a hotel, housing for more than 2,000 people, hospitality outlets and a commitment to 25 per cent of the land being open, public space.

Treasurer Rob Lucas said he could not go into detail about why the AFL club missed out.

“There’s a handful of factors they had to be weighted against — one of which was the commercial offer — but there are a range of other evaluation criteria which we used, and when that was assessed overall the recommendation was clear from the evaluation team,” Mr Lucas said.

The Crows have been looking to move their headquarters closer to the city since AFL games moved to Adelaide Oval in 2014.

They had previously been played at Football Park in West Lakes, where the Crows are still based and where they have a fan facility called the Crows Shed.

In 2019, the club proposed moving to a new facility to replace the ageing Adelaide Aquatic Centre but pulled out as COVID-19 hit its finances.

In a statement, the Adelaide Football Club said it had shifted its focus for a new headquarters to Thebarton Oval.

“We owe it to our members and supporters to explore these opportunities, however, we must never jeopardise the club’s financial sustainability when considering any investment of this magnitude,” the former state premier said.

“Our extensive due diligence and multi-criteria assessment has also shown our desired football outcomes could be achieved equally at either site, while our key member and fan engagement initiatives could be delivered at Thebarton.

“We are determined to build a state-of-the-art training and administration facility which underscores our football-first focus and our unwavering commitment to deliver the type of on-field success we all want.”

The Crows’ previous proposal would have required funding from the Adelaide City Council and the use of parklands property.

Both Liberal and Labor promised $15 million for the project ahead of the 2019 federal election.

The state heritage-listed gasworks produced gas for Adelaide from 1863 to 1964, under the South Australian Gas Company.

Renewal SA put out a tender for the site last July after cleaning up soil and groundwater contamination.

The Port Adelaide Football Club is redeveloping its headquarters in Alberton, despite opposition from neighbours.