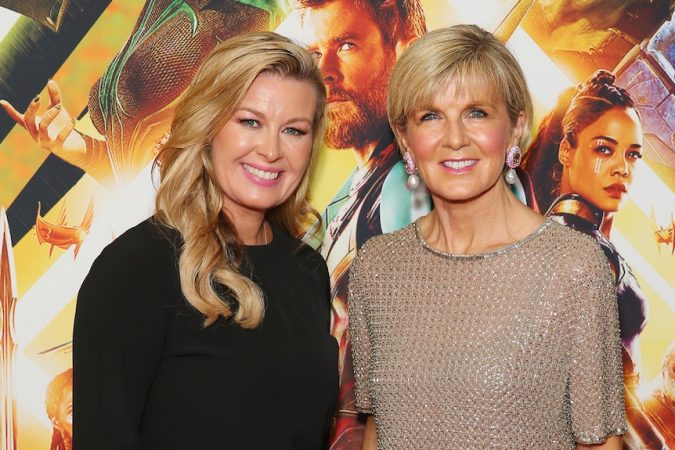 In all the vagaries of Gillon McLachlan’s answer to the question of who he thought should replace him as the next boss of the AFL, two things were very clear.

The first was that the new chief would be “completely different” to the 49-year-old.

And the second was that it was open to “man or woman”.

While, on the surface, that appears to be a no-brainer, McLachlan seemed at pains to ensure the surrounding media heard him very clearly, at least twice uttering that same line — “man or woman”.

“What I do feel absolutely certain about, that whoever replaces me will be completely different,” he said.

“They will have to bring their own style and be their own person, man or woman.”

From the VFL’s creation in 1897 to the current-day AFL, 13 men have sat in the big chair of the league, but no woman has been offered the opportunity.

Even at club level, only Peggy O’Neal (Richmond), Kate Roffey (Melbourne), and Kylie Watson-Wheeler (Western Bulldogs) have sat at the head of the table as club president.

As the AFLW goes from strength to strength, is the gender power imbalance set to change? Who are the leading candidates to take over as the next AFL CEO?

Watson-Wheeler has only been the Western Bulldogs president since 2021, but has the runs on the board — kind of literally — after serving on the Doggies board for seven years.

Bringing with her a strong marketing background, Watson-Wheeler has big company experience behind her, starting with Penguin Books in 1994, moving to Coca-Cola in 1995, then Hallmark in 1998.

Since 2004, she’s worked her way up the ladder of the wonderful world of Disney, serving as the senior vice-president and managing director of Disney’s Australia and New Zealand branch.

“After years of offering pro bono marketing advice, I joined the [Bulldogs] board in 2014,” Watson-Wheeler told womenlovetch.com last year.

“I was then honoured to serve as the club’s vice-president for four years.

“After that, I was elected president in 2020 and now have a number of responsibilities to carry out across that role.

“During the season, I look at an overriding strategy for the club, along with the board. And I do it all because I love it.”

Experience aside, Watson-Wheeler was one of only three names mentioned in the official news report from afl.com that McLachlan was standing aside. And that has to count for something, right?

The 244-game Tigers veteran and Richmond chief executive since 2009 has proven time and again that he has the ability to turn the unattainable into reality.

A lawyer by trade — and the former chief executive of the AFL Players’ Association — Gale inherited a basket case of a club in 2009, with the Tigers $5 million in debt and finishing perennially in the unhappy half of the AFL ladder.

Questioned in 2010 about his vision for the club on Channel Nine’s Footy Classified, Gale made the bold declaration that he would be aiming for three flags by 2020, to have more than 70,000 members, and to be well and truly out of the debt that had been lingering for a while.

The conversation happened as the Tigers recorded a 6-16 season.

“It starts with a vision. We’re not here to just compete.”

Host Garry Lyon asked Gale if he was embarrassed by the lofty expectations.

The short answer to what Auld has done over the past 24 months is easy: He has been crucial to the survival of the league over two COVID-interrupted seasons.

But the long answer is that he’s been involved in the highest level of footy since 1997, after joining Essendon as their chief operating officer, having spent four years before that as the senior manager of William Buck.

And what is William Buck? It’s a consulting firm that helps corporations and businesses manage money, while consulting on insolvency and tax services and … sorry, I nodded off briefly. Essentially it’s about big, boring money stuff. And appears to be Travis Auld to the letter.

Managing money, wrangling governments, keeping the books in check, keeping broadcasters happy. He would be a safe choice, and that might be exactly what the league needs right now.

The AFL loves a long title, and Rogers has one that sits on the top of the title ladder.

The executive general manager of customer and commercial, Rogers has almost 25 years in the media landscape, including 17 years at Channel 10 during the time when the broadcasters had the rights to the AFL, before a spell at website Mamamia.

Linking up with the AFL in 2017, Rogers has made a mark as an ambitious risk-taker, including the much-ridiculed deal to change the name of the stadium at Docklands to Marvel.

The deal reportedly came in at $70 million.

“I didn’t want any old corporate logo or name to be up on that stadium. I wanted it to be strategically right to ensure that it was enabling us to live out our dream for this to be a true family precinct,” Rogers told the Financial Review.

“The way I see it, I have to be bold. I have to innovate. I have to take risks, so we can ensure we sustainably grow, so we’re continually pumping revenue into the community, into pathways and into the clubs.”

Rogers has also highlighted that she would like to explore expansion of the league into China.

Possibly a long shot right now, but certainly in the discussion.

Another footy name that a lot of punters would know without knowing what he does, Dillon is the AFL’s legal chief and has been around headquarters since August 2000.

Now in the running as the longest title at the AFL as the executive general manager of football operations, legal and integrity, Dillon is highly regarded within the league and continues to be mentioned as a possible replacement.

The question would be whether Dillon fits into the “completely different” definition that McLachlan used during his press conference.