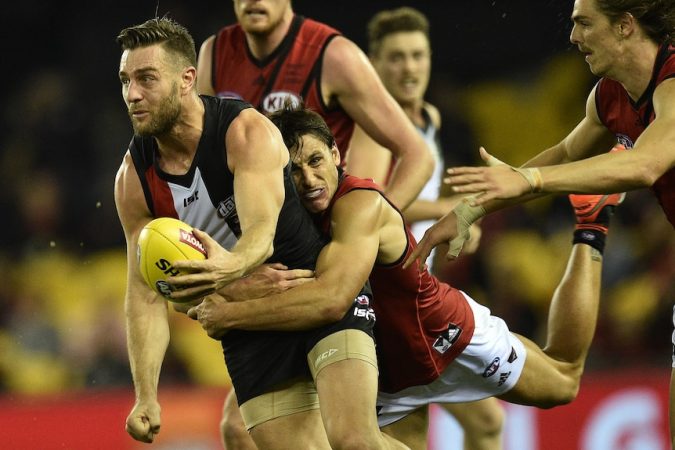 St Kilda great Nick Riewoldt has made an impassioned plea to the AFL and the players’ union to provide more adequate support to players as they transition out of the professional game.

“A lot of his close teammates knew that he had some issues, but to this extent, once it was all laid bare last week, I think a lot of us were surprised at just how bad the situation had become,” Riewoldt said on Fox Footy.

“But it landed heavy and, obviously, straight away you start to think about Sam and the situation he finds himself in, and his family and those close to him, and then you do a little bit of inward reflecting around, ‘What more could we have done?’”

Riewoldt — a long-standing captain during Fisher’s time at St Kilda from 2004 to 2016 — conceded questions would be asked of the club’s leaders and the playing group from that era.

“There have been a lot of Sam’s teammates who have done as much as they possibly could, myself included, and some that have gone to extraordinary levels involving conversations with family and friends and those really close to Sam,” Riewoldt said.

“As a group, I think we did as much as we possibly could for Sam.

“But, at a time like this, you really realise how out of your depth you are as a teammate, when a player is facing challenges of the kind that Sam has faced.

“I understand those questions will come about us and our group and the leadership and all that sort of stuff, but you can put your head on the pillow knowing you did das much as you could.”

Riewoldt said he approached the AFL Players’ Association with his concerns about Fisher but had received a delayed and inadequate response.

The union has reportedly provided some support to Fisher but details are guarded by confidentiality provisions.

Riewoldt said the level of support for players exiting the AFL system was one of the biggest issues facing the league and the players’ union, declaring “enough is enough”.

“There are not a lot of Sam Fisher-type incidents that we’re hearing about now, but there are a lot of players [who] are slipping through the cracks,” Riewoldt said.

“That would be my assertion and my experience, that so many players right now are slipping through the cracks of the AFL system and when they come out the other side, their lives are ending up in pretty horrific condition.

“Let this be the line-in-the-sand moment. This is the cautionary tale.

“Something needs to be done because players and teammates can do as much as they like but they’re not experts in the space and they need help.”

Riewoldt said his plea was not about garnering sympathy for players.

“Players are paid really well. They’ve got all of these opportunities available to them as they go through the game but, somewhere along the line, it’s not working because the condition that too many players are finding themselves in, post-career, is not at the level that it should be,” he said.

“We can do more as an industry and I think the AFLPA, in particular, needs to take the lead on this cause and stop these situations occurring.”

Riewoldt also took aim at the AFL’s illicit drugs policy, of which he has been a vocal critic in the past.

“At the moment, the policy that exists is one that allows players wiggle room to tap into those things,” he said.

“I think that is an issue. Players who take drugs in the AFL system do so because the system allows them to.”