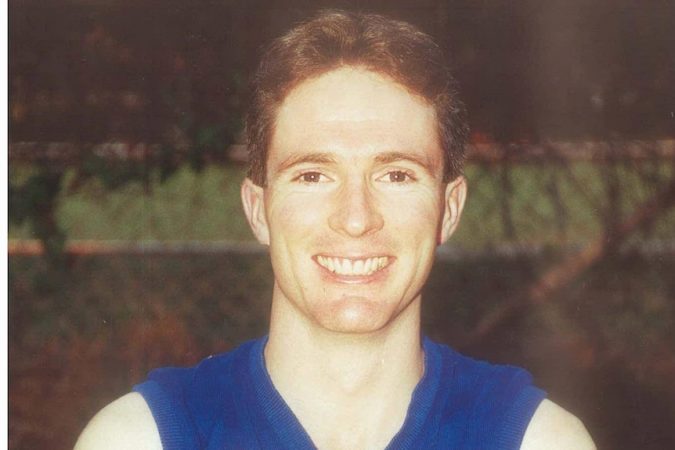 It was the “money and the work” that lured Kevin Walsh from New Zealand to Australia in the 1990s.

However, it was the community connections in Western Australia’s Pilbara region, where he is about to set a rare milestone for the local footy team, that have made him stay.

Now a long-term resident in the mining town of Tom Price, Mr Walsh will play his 300th match for the Townsite Eagles on Saturday, becoming the club’s first 300-gamer this century.

He arrived in Australia on January 26, 1994, after encouragement from two of his brothers who were living in the Pilbara.

“I think Australia actually celebrated a public holiday on my arrival — that’s what I tell my wife anyway,” Mr Walsh said.

A sense of belonging in a ‘foreign’ sport

Growing up with six brothers and a sister, Rugby Union was the dominant sport in his household, with Aussie Rules “quite foreign”.

However, it was not long before he realised Australian Football suited him.

“It’s a wonderful little sport. You’ve got a place for everyone,” Mr Walsh said.

“[I’m] fairly fast-paced, so being of a smaller build, you just run away from trouble.”

He says the Australian game has overtaken rugby as his preferred sport.

“It ends up being a big family,” he said.

“[You’re] isolated by distance from most of your friends and family, [so] it ends up being these associations — whether it be sport or not-for-profit organisations, everyone gets involved.

“It’s so important for your mental health as well as your physical health.”

A milestone worth celebrating

Given the region’s transient nature and short football seasons, 300 games is a “huge milestone”, according to the WA Football Commission’s regional development specialist in the Pilbara, Vicki Agnew.

“Mining town shifts are not always conducive to a sporting lifestyle, [so] week-to-week you may have a totally different team,” Ms Agnew said.

“[Three-hundred games] is a rarity, and we should be celebrating it.”

Mr Walsh has also celebrated plenty of on-field success, winning 12 premierships with Towns, including the club’s three-peat from 2001 to 2003.

Current and former teammates and coaches will gather on Saturday night for the milestone match against the Tom Price Tigers, with presentations and speeches after the game.

“If I can still potter along somewhere out there and take up some space on the field and make sure that games are played, I’ll do my part.”