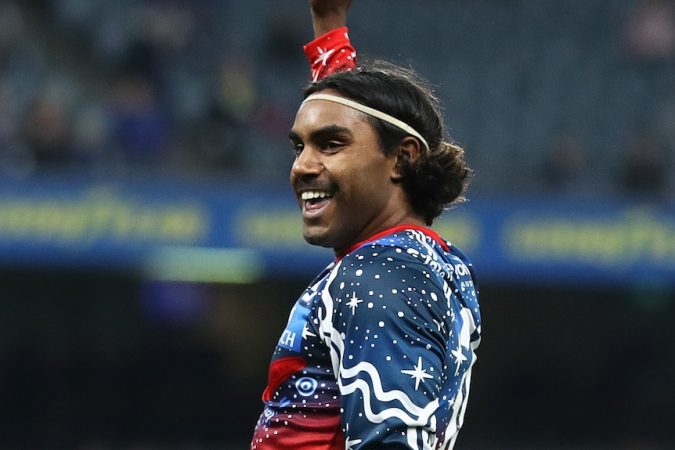 After 10 weeks of action the 2022 season has reached somewhat of a fork in the road, and some flag-chasing teams are about to face their biggest tests yet.

The challengers await the Demons

You can count on one hand the amount of times the Demons have been genuinely challenged so far in 2022.

Most of them have been brief charges that lasted little over a quarter and were promptly nipped in the bud, like from the Western Bulldogs on the season’s opening night, or Essendon’s last quarter at the MCG in round three.

St Kilda probably offered up the most hearty four-quarter effort a few weeks ago and still lost by 38 points.

Coming off back-to-back games against the league’s worst teams — North Melbourne were gallant on Saturday arvo but still sufficiently outclassed — the time feels right for Melbourne to start facing some serious heat.

The Dees’ next four games sit around their round-14 bye, and come against Fremantle, Sydney, Collingwood and Brisbane.

In the Dockers and Lions you have top-four fancies and teams who have at times looked like genuine threats to the Demons’ throne, and in the Swans and Pies two unpredictable sides whose attacking best will threaten the Melbourne defence more than most others.

The caveat is that all four of those games will be played at the MCG, but in a month’s time a final verdict on just how far ahead of the pack Melbourne are will be reached.

In all likelihood, this stretch will only solidify their dominance. But there’s a pretty damn interesting season brewing underneath them, and the chasing pack have been biding their time, waiting for a shot at the king.

Dion Prestia can sniff it.

He told ABC Sport after Richmond’s win over Essendon that the whiffs of 2019 are only getting stronger around Punt Road.

Prestia pointed out the Tigers’ record at the bye in that year — 7-6 at 91.99 per cent, and outside the top eight — and the home-stretch surge that took them to the second of their three flags.

It’s true the Tigers are hot right now, riding a four-game winning streak and playing football instantly recognisable as Richmond-like. But all four of those wins have come over sides unlikely to play finals this season.

Much like Melbourne, the next four weeks for Richmond will be illustrative. Sydney at the SCG, before Port Adelaide, Carlton and Geelong at the MCG is the task before them.

For Prestia’s vibes to be proven right, they need to win all four of them.

But that’s not beyond Richmond in a competition that, aside from Melbourne at the top and some battlers at the bottom, is remarkably even.

For the next few weeks at least, Richmond remain on top of the watchlist.

The Round-Up has been a very pro-Hawk space this season, and yet again Sam Mitchell’s men proved why. Hawthorn play attacking, uncompromising footy no matter the opposition, and have now another massive scalp in the bag in the Lions.

The margin may have flattered St Kilda slightly, but they were good value for their win in Adelaide. Beating the Crows down there is no walk in the park anymore, so this win is a serious feather in the Saints’ cap.

Carlton are the best watch in the league right now, largely because they are so wildly unpredictable. It might not be easy on the hearts of Blues fans, but it’s a hell of a good time for the rest of us.

Geelong’s win over Port Adelaide was hardly a classic, but Jeremy Cameron’s boundary-line barrel after the 3QT siren means nobody inside Kardinia Park will soon forget it. Every bit as good as Mitch Duncan’s last year.

This coaching caper is a walk in the park for Mark McVeigh. Unfortunately for him and the Giants, they won’t get to play West Coast every week — and coughing up 86 points to the Eagles is a bit of a worry too.

Freo must be cursing La Niña. Their last two games have been played in the wet, and on both occasions they have failed to find a way to score. The Dockers’ excellent season has hit its first major speed bump, and the Demons, Lions and Hawks await before the bye.

The Bulldogs won on Saturday by finding a way to negate Jarrod Witts’s influence and keeping the midfield battle scrappy. The Suns deserve credit for running it all the way to the wire, but the game was never really on their terms.

The Rising Star battle is getting interesting, and it’s a couple of mature-age players who deserve to be leading the way right now.

We’ve had Nic Martin in front for the last few weeks, and he’ll stay there for now, but his closest challenger is now clearly Jai Newcombe.

The draft class of 2021 is having a quiet few weeks, though Ben Hobbs is worthy of a mention as his career starts to really warm up.

It’s hard to believe it’s taken this long for Jeremy Howe to appear in this section, but his grab in the wet against Freo is our mark of the week. It’s right up there for the year too, but for now Cam Zurhaar’s lead remains.

And for the hell of it, Jeremy Cameron’s torp can be goal of the week, just so we can watch it again. Not quite enough to knock Ed Langdon off the top of the leaderboard though.