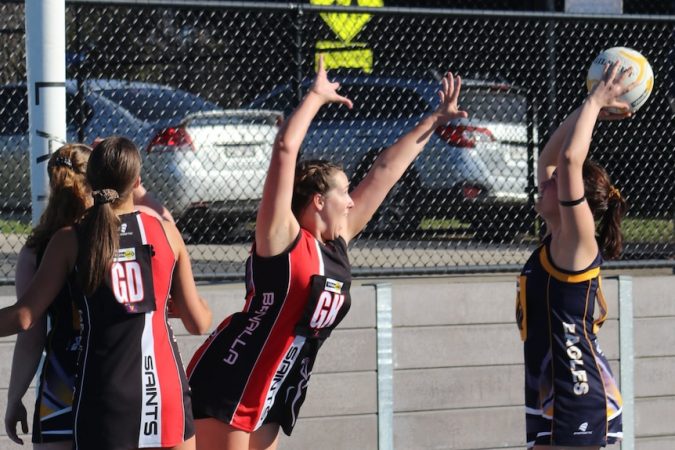 The start of football and netball season is fast approaching, but that is not good news in Benalla.

The Benalla Saints Football Netball Club has sounded the alarm within their community — without more players, there will be no senior football side.

“It’s not the boy crying wolf, this is a dire situation,” said club president Lloyd Johnson.

“Our football sides have been decimated with an abnormal amount of off-season departures.”

Mr Johnson says they normally see four to five players depart the club per season as they leave town to attend university or get work elsewhere.

But so far this year they have lost about 20 players.

“COVID is certainly a big factor. We’ve had a season cancelled now and then a season that was off and on and off and on, and I think there’s a lot of fear that will happen again this season,” he said.

The numbers in netball are better but still lower than Mr Johnson would like to see at this time of year, especially because, he said, they have “have two of arguably the best coaches in country league netball”.

Volunteer numbers are also low, which Mr Johnson said was the case for most clubs.

“COVID has had an impact [on volunteer numbers], but it’s also been diminishing the last seven or eight years,” he said.

The chair of the Goulburn Valley League said the last few years had been disruptive for everyone, and morale had taken a hit.

“Last year was probably the most even season we had, and there was real excitement because nobody knew who was going to win in both footy and netball,” said chairperson David Roff.

“So it was a real shame we didn’t finish the season and get a finals season because it was very competitive.”

Mr Roff said they had rebated the clubs as much as they could for the lost games last year and have funded online workshops in things like club management and sponsorship to try to make things a bit easier.

He said all clubs have had a blow to numbers, but none as badly as Benalla.

“It’s a difficult one. They’re very well run, they’ve done a lot of hard work off the field in the last few years, and we’ll help them however we can in trying to get them through this situation,” Mr Roff said.

But he is optimistic about the year ahead and said the league would work hard to deliver a strong season.

Meanwhile, the Saints are putting the call out to people who are new to town, who have always wanted to give it a try, or who may have been involved in the past.

“We’re very inclusive, we want everyone involved because we know how important the sporting clubs are to the community,” Mr Johnson said.

The most important thing, he said, is that people do not put off getting involved because they might be too late.

“History tells us that you’re not going to get a club back that has gone into recess. We’ve seen it with many clubs in the past couple of years. Once they’re gone, they’re gone,” Mr Johnson said.