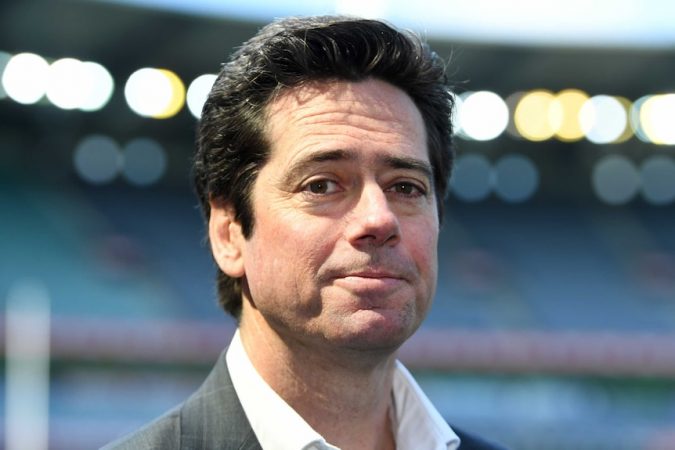 The AFL is committed to pushing ahead with its first uninterrupted men’s season since 2019, with league chief executive Gillon McLachlan declaring matches will proceed amid any COVID-19 outbreaks.

All AFL players and staff are now required to be vaccinated against COVID-19, which they were not during the heavily impacted 2020 and 2021 seasons.

McLachlan said he was confident clubs would not have to relocate interstate for long periods — as they were forced to do during the previous two seasons — and bulk fixture changes would be avoided.

“We’ve shown we can do that (play in hubs or bubbles) but we’re planning on playing the games as fixtured,” McLachlan told 3AW.

“If they’re (clubs) losing players … we’re going to play on.

“This is living with COVID, in our mindset, in year three.

“We want our supporters to know that they can plan this year to come to games, buy their tickets, get organised and come to the footy and enjoy it with their family and friends.”

The AFL spent $76 million during the past two seasons to keep the men’s competition running during the pandemic.

The cost blowouts were due to COVID-19 testing for players and staff, travel and accommodation requirements and the creation of hubs across the country.

But the AFL will welcome back capacity crowds across Victoria in a major boost as the competition and its clubs attempt to recover from the financial hits.

Up to 100,000 spectators will be allowed at the MCG when the season begins on March 16, with premiers Melbourne hosting the Western Bulldogs in a rematch of last year’s grand final.

Most Demons supporters were denied the opportunity to watch the club’s drought-breaking flag in person in Perth last year, with the grand final held away from the MCG for the second-straight season due to Melbourne being in lockdown.

The AFL has also announced a price freeze on general admission tickets for all matches at the MCG and Docklands this season.